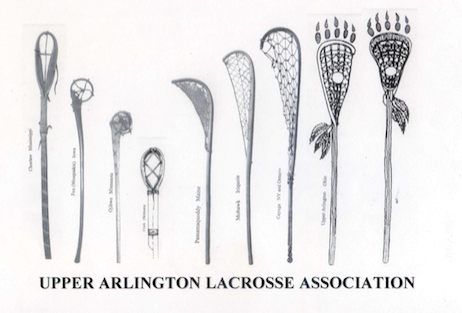 In, 1994, the Upper Arlington Lacrosse Association (UALA) was founded by a dedicated, energetic group of boys and girls lacrosse parents interested in supporting and promoting the sport of lacrosse in Upper Arlington.  Their collaborative vision for the UALA was to strive to create the “most positive, successful lacrosse program in the country.”  This group of committed volunteers strongly believed that UA lacrosse should be an “elite,” but “not exclusive” program.

As UALA’s volunteers grew so did the development of the guidelines and best practices. In 1995, the goals established continue as today’s existing guiding principles:

The UALA began hosting youth league educational programs by offering winter lacrosse clinics and equipment sales.   A generous donation from Wes and Ann Bates to purchase equipment helped kick start these initial programs.  In addition, UALA, was instrumental in promoting lacrosse as part of the physical education curriculum in all eight of UA’s elementary and parochial schools. The UALA volunteers were advocates in supporting the growth of the lacrosse programs in neighboring communities like Watterson and Grandview.

In 2000, the UALA established a youth spring league for 3rd-6th graders.  In its inaugural year, the boys commissioners were John Bennett and Rob Styduhar and the girls commissioners were Linda Maier, Karen Catalano, and Mike Jackson.  Coaches included Dan Hendrickson and Lisa Schoedinger.  Most of these volunteers remain active and committed in the UALA. In 2001, the UALA sponsored and hosted the Ohio All-Star Tournament, which drew more than 1,000 fans to the sport.  UALA continued to host and support the event through 2004.  In 2002, the UALA held its first summer league, in which 150 boys and 60 girls participated.   The spring and summer programs have expanded to serve more than 560 youth in Upper Arlington this past season.  Throughout its inception, UALA has been at the forefront of supporting initiatives that enhance the lacrosse experience of our youth athletes both locally and globally.  In 1999, UALA donated a complete set of lacrosse equipment when one of its alumnae, Jennifer Benes, served as a Peace Corps volunteer in Ololulung, Kenya—bringing the first sticks to the continent of Africa.   This past August (2016), Uganda hosted the first annual East African Lacrosse Championship, hosting teams from Kenya and the United States.  UALA has also supported former Golden Bear Brendan Shook’s “Lightning Stick Society” and recent alumni’s, Gus Ackley’s and Joe Levitt’s, equipment drives with donations that benefited various First Nation Tribes.  From its involvement in the 2003 stadium turf renovation to its support in coaches’ education, and its restructuring of the youth and summer girls and boys programs in 2016, UALA strives to create positive, enriching opportunities for all youth and athletes involved in the game.

Today UALA remains a very strong and large group of committed and active volunteers. The continuation of the goals and guiding principles remain the same which has only increased and added value to the success of the players.